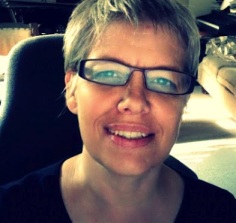 I just looked up the etymology of the word “mutable.” I wanted to know because we are swimming in mutability right now with a grand mutable cross formation making its imprint on the Gemini lunar cycle that began on June 4. The Online Etymology Dictionary says that various linguistic sources tie the word’s meaning to “change.” Sanskrit influence adds an intriguing image of “joining and meeting” like a bridge linking two sides. The word “migrate” is also connected to this word’s history. Changing, joining, migrating—we get a sense of possibility and uncertainty from this mutable energy. I imagine the mutable signs (Gemini, Virgo, Sagittarius, and Pisces) having energetic tendrils and tentacles reaching towards and bridging difference. I see lattices of connection, as together we migrate to change.

Joining. A grand cross looks like two intersecting bridges, anyway. The two pairs of oppositions in the current grand cross are important structures to consider for this lunar cycle. These are Jupiter in Virgo opposing Neptune in Pisces and Saturn in Sagittarius opposing several planets in Gemini over the course of the month. Initially the Sun, Moon, and Venus are the Gemini influences. By the Full Moon, it will be Mercury. What do we get when we span the qualities of Jupiter and Neptune? How do we connect when we bridge from Venus to Saturn? This lunar cycle, let’s investigate these questions.

Jupiter and Neptune have a lot in common. Before the discovery of Neptune, Jupiter was the sole ruler of Pisces. Neptune was assigned the rulership after astrologers began to notice its obvious connections to the mutable water sign. Both planets have a way of enlarging our experiences, especially emotional ones. Neptune entered Pisces in 2011; it leaves this sign in 2025. The current aspects between Jupiter, Saturn, and Neptune may be the defining transits of this period for Neptune influences. Collectively, Neptune defines what is enticing us. The siren song could dash us upon the rocks of illusion but there is another possibility. This is the uplifting song that softens and connects. Jupiter is good at telling a tale, framing a song or story that gives meaning to our lives. In Virgo, Jupiter insists that the songs of meaning should be useful. The offer is to seek wholeness, not perfection, but acceptance of all our parts. The bridge between these two planets moves us into our hearts and out to others. This is not an easy task. The other bridge in the mutable cross makes sure we are paying attention and working hard.

The other bridge has Saturn in Sagittarius first opposing Venus in Gemini followed by Mercury. Heavy, ponderous Saturn reaches out to meet the tendrils of Venusian pleasure and Mercurial curiosity. Saturn points out what is grave and necessary about both. Saturn lets us know that if we put in the effort, we reap the rewards. The effort in this opposition is around standing for truth and inviting in multiplicity of points of view. We can look at ways we may avoid responsibility by not committing to the that truth belongs to us. This bridge looks like paradox and refined modes of balancing internal oppositions. It is a refinement of how we perceive and organize reality.

This lunar cycle invites us to stay tuned. Much information is floating on the airwaves. Be open.

Moon in Cancer
Monday, June 6. Venus has been migrating from the morning sky. Sometime mid-April Venus disappeared into the Sun’s glare. Today, Venus and the Sun come into exact conjunction, meeting in the heart of Gemini. By the end of July, we see Venus again as the Evening Star. This meeting, called the superior conjunction, since Venus is on the far side of the Sun from Earth’s perspective, is an important moment in the Venus/Sun synodic cycle. The life force of the Sun mingles with Venusian principles of sociability, pleasure, and beauty. This is a seed moment. How do you wish these principles to marry in your life? Pluto in Capricorn gets involved too. Both the Sun and Venus are in a quincunx relationship to the mythical lord of the underworld. This aspect complicates things and deepens the possibilities considerably. Perhaps this looks like sexy curiosity, soulful chance encounters, telling the truth to power. However it shows up for you today, embrace the power of authenticity as if that is the seed moment for you.

Moon in Cancer
Tuesday, June 7. The Moon in Cancer sends tremors through the energy fields of the day. People need the respite of hearth and home after a lot of recent social and intellectual activity. Surprising emotional responses may suddenly erupt, causing a readjustment of focus. The day starts off rocky (CDT) when the Moon opposes Pluto in Capricorn and squares Uranus in Aries, but stabilizes through a sextile to Mercury and a trine to Mars. The key is to recognize the need for stability and listening to what you and others need emotionally.

Moon enters Leo 1:47 am CDT
June 8—Crescent Moon: Beginning. Lunar intentions this month are influenced by planets in every mutable sign. This means that one or more planets reside in each elemental variation on the mutable point of view. To recap, the mutable point of view is interested in acquiring and synthesizing information. Mutable signs are concerned with change and adaptation to change. I like to think of the mutable signs as having their antennas up, receiving messages from many sources. The unique signature from this lunar cycle is a mutable grand cross that opens access to every element’s style of reception and adaptation. We are cooking on all cylinders.

Someone once said that when we change our minds, we change the world. Perhaps this lunar cycle is about taking that idea to the next level. Air, fire, water and earth are there to help us. The trick is not to let any particular way dominate. If we tend to be watery, then practice the abstraction of air. If we like concrete information, tune into the unexplainable insights of fire. Stretch and listen.

Today, Mercury in Taurus makes a favorable contact with Chiron in Pisces. Grounded clarity of mind aligns with compassionate intuition. We are getting positive reinforcement to try this mutable experiment in changing our minds.

Moon in Leo
Thursday, June 9. Mutable signs are the most fluid of signs. During this mutable lunar cycle we are experiencing life more fluidly. This is a great shift if we are used to keeping a tight lid on things. Today, those tight lids could blow when fixed signs oppose each other. Mercury in Taurus opposes Mars in Scorpio. Remember that Mars is moving retrograde, right? This means the annoyance stirred up by this transit could have a deeper impact than we expect. Perhaps words will be exchanged today that hurt. We might find ourselves in conflict over point of view or communication issues. Holding on stubbornly may just make it worse. The Moon in Leo (also a fixed sign) is pretty sure it knows the truth too. Respect the power of feelings and ideas and invoke fluidity.

Moon enters Virgo 8:46 am CDT
Friday, June 10. If I were going to characterize yesterday’s transits as weather, I might say an unsettled front blew in, moved a bunch of hot air, and created disturbances in the upper atmosphere. But that was yesterday. Today’s weather settles again into predictable patterns. That is, if we play by Virgo’s rules. This means, spend time creating some order in your life. From physical health to physical space, we need to tend to fraying edges. Resist shaming yourself over imperfection and find the joy in tending your life.

Moon in Virgo
Saturday, June 11. The Moon in Virgo contacts Neptune in Pisces, Saturn in Sagittarius, and Jupiter in Virgo in brisk order this morning (CDT). The day could be revelatory simply because it is so ordinary. Virgo relishes the mundane, pragmatic parts of life. These parts hold surprising impact on our wellbeing. Service, good work, devotion—these qualities are the bedrock of this mutable earth sign. These qualities want to shine today but are undergoing refinement from the other mutable influences. From Neptune in Pisces we learn to soften emotional shielding. From Saturn in Sagittarius we learn the benefits of seeing the big picture when the details are overwhelming. As the Moon conjoins Jupiter, everything gets bigger. Here, we learn to love what works. What is working for you? Valuable lessons will not come easily.

Moon enters Libra 7:33 pm CDT
June 12—First Quarter Moon: Manifesting. There’s a lot to figure out. So much in fact that we may be tempted to just tune it all out. Notice your overwhelm and be good to yourself as we edge into new places. This may be the whole reason we are in this shifting, changing, adapting place—to learn how to be gentle with ourselves as we give into the tides of change. Recently, Uranus in Aries and Pluto in Capricorn blew the trumpets of changing paradigms. Awakening has been happening ever since. That square is beginning to diminish but the necessity for waking and being ready to change has not. The mutable influences of this year—Saturn in Sagittarius square Neptune in Pisces, Jupiter in Virgo square Saturn, and Jupiter opposing Neptune—are continuing the process of preparing us for staying awake and adapting through change. This is not small work. Fortunately, Jupiter in Virgo has been schooling us in holistic self-care. Reach out to your sources of wellbeing.

The first quarter phase of the lunar cycle is a time to choose. What will further our intentions? What is needed to engage, reap, learn from this lunar cycle? Pay attention to the mutable influences. Mercury moves into the mutable air sign, Gemini, today. Mercury rules this sign, so has powerful influence right now. By the Full Moon, Mercury engages in the mutable grand cross aspect pattern. Mental functions are emphasized. The other mutable signs are reminding us that we need to temper these functions so they are honed and strengthened. I hope to manifest curiosity and open-mindedness but not at the expense of honoring my own perceptions, emotions, and work.

Venus in Gemini makes a favorable contact with Uranus in Aries. People bring ideas and we collaborate for change. On the other hand, Mars in Scorpio makes another favorable connection to Chiron in Pisces reminding us that we still need to pay attention to our deep emotions. It is easy to “get in our heads” with all this mutability. Let’s not split between thinking and feeling today.

*Read about the seeds of the Gemini lunar cycle here: http://www.starsdanceastrology.com/2016/05/follow-moon-forecast-for-may-30-2016_30.html