This is the start of a series about frac sand mining.  It is a contentious issue.  Is it rampant exploitation and environmental damage, or simple economic growth?  I believe it is of concern to Pagans because whatever you think of it, it is likely going to directly change the landscape you encounter when you leave the city. This article is mainly background (please investigate the many hot links) , but you need it to understand the issue. 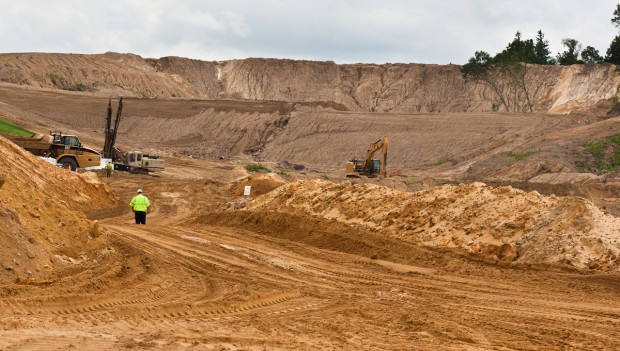 First, you need fracking sand to engage in “fracking”.  Second, from Rueters, Houston, TX. , “There’s been a sand shortage in the U.S. … Those who have sand or have access to sand can pretty much charge what they want.”  So there’s lots of money at stake. 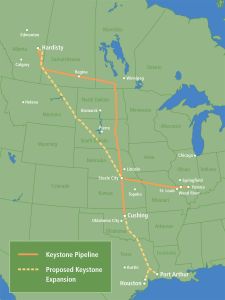 Hydraulic fracturing, or “fracking” as it is called, is taking place in many parts of our country, particularly North Dakota, Pennsylvania, and Texas.  It is usually either touted as the miracle technological solution to gain economic growth and energy independence, or condemned as a reckless exploitation of resources that endangers our ground water, air, and land, and has way too many unknowns associated with its environmental and geologic effects. What is confirmed is this highly profitable method of gaining trapped oil from tightly bound deep shale deposits, not accessible with conventional drilling methods has exploded as a phenomena nationwide. This is what the ‘Keystone pipeline” expansion is proposed for;  to get fracked oil from North Dakota and Canada to Texas refineries. National Geographic has a headline story about it in their March, 2013 issue. While fracking has been used in the development of America’s natural gas resources for nearly 60 years. The development of horizontal drilling process has allowed its use to rapidly expand and include oil drilling. It is a hidden process, tightly held as corporate proprietary property, while leaving a small footprint above ground and visible to the public. Fracking boomed after the Energy Policy Act in 2005 exempted oil and gas production from compliance with the Safe Drinking Water Act, the Clean Air and the Clean Water Act. Also, the CERCLA Superfund Act doesn’t cover fracking sites.

The basic fracking process is to drill down through the water table, maybe 2000 feet or so until you hit the layer of shale where the oil lies trapped. You then drill sideways within the layer of shale. As you proceed, a slurry of silica sand, water, and proprietary chemicals (some known carcinogens) is rammed out a  porus drill point, “fracturing” the shale so the oil is released and can be pumped out (mixed with water and chemicals). This also releases natural gas. The natural gas is being flared off at the well by burning, it is not apparently profitable enough to collect it. This is why the ND night sky is lit up like Chicago. News stories of inflammable faucets and large stores of chemical laden water waiting to be treated and pumped back down through the water table into deep repository holes,  accompanies the process.

Unsaid, but many think, “It is only North Dakota, if my gasoline is cheaper and American drilled, it is a small price to pay for oil self-reliance and “national security”. It is so easy to talk this way when it happens somewhere else. Wisconsin happens to be extremely rich in the silica sand used in this process, and this year that sand wealth has brought these issues smack into our face. 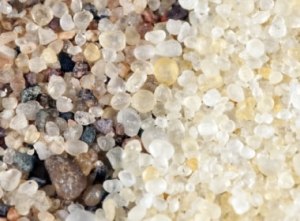 Non – Metallic mining is most often large open pits mines were silica sand used in the frac sand extraction method of oil is produced. You would think any sand would do, but only silica sand, in the right particle size, can withstand the pressures involved in fracking without breaking down. The process of mining is pretty straight forward. Take off the topsoil, scrape up all the sand, and load it into trucks. Next the sand needs to washed, to remove the dust and small particulates. It is trucked to a washing plant, or one is established on site. Water, mixed with defloculating chemicals, cleans the sand, but then becomes a waste product. The cleaned sand is then hauled by truck to the nearest rail line where it can be on its way economically to frac drilling areas around the country. To reclaim the land, let the waste water evaporate or seep in (by accident or intention), spread around the topsoil, and drive away. Combine high material prices and demand, easy mining, little regulation and it equals high profits.

Mining regulations on the federal and state level have always been pretty minimal. When it comes to the direct health and safety of miners in obviously dangerous and deep mines, there are comprehensive regulations. When it comes to the environmental protection of the joint public trust our land and water represents, regulations are either weak or absent. The presumption that mining (and drilling) creates large-scale employment, economic growth, tax revenue, and energy independence is dominant, and corporate profits created from these ventures cements political support for them. Legal proof that waste water confinement has failed, air pollution has risen, or carcinogens are now present from mining, and caused actionable damage to others cannot be inferred by the obvious, it has to be scientifically proven in court. The “precautionary principle”, that empowered environmental regulation without direct and confirmed scientific evidence has been modified by economic forces and hamstrung by budget gutted regulatory agencies. In effect it has been modified to a softer approach that introduces a pragmatic and economic rationale as in the United Nation’s “Rio Treaty’, “In order to protect the environment, the precautionary approach shall be widely used by States according to their capabilities. Where there are threats of serious and irreversible damage, lack of full scientific certainty shall not be used as a reason for postponing cost-effective measures to prevent environmental degradation.”   The legal burden of proof in court for any citizen, or even government plaintiff, can rarely be met in either state or federal court. The science of cause and effect is not very advanced in unseen geological processes. This is why agency regulation, using the precautionary principle, is so critical in these issues.

States and the federal government have been caught with their pants down with fracking, and frac sand mining. The technology exploded so fast that they have not had time for the macro and micro effects to be documented, accessed, or analyzed to create meaningful regulation, even if there was the political will to do so. The hazards of fracking for oil will likely have to be dealt with on the federal level, because the potential for harm is so great anywhere nationwide it occurs. Whether any politician, republican or democrat, has the political will or power to slow this economic and physical explosion down enough for science to catch up with an assessment of it in this time of economic governmental panic, and of personal hardship for many citizens, is the story to be told on a national level. 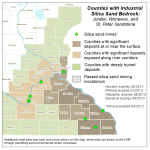 In Minnesota the pace of frac sand mining development has been slowed by both a more bipartisan climate, and more diligent regulatory agencies.  What that has done is push mining development into the “wild regulatory west” of Wisconsin where many rural areas and counties have literally no regulation, zoning, or permitting process for “non-metallic” mining. The Governor Walker administration, through budget process and partisan legislation has effectively removed state agencies as a tool for protecting the environment against competing economic interests. Mining companies are literally requesting county maps of local townships were no, or weak permitting is present and then opening mines rapidly. 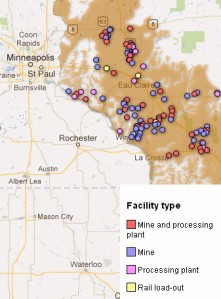 Many Wisconsin residents think state protections are adequate. That falacy was demonstrated when Gov. Walker signed the mining legislation (SB 1) into law following partisan passage in both houses of the Republican controlled legislature last week. This bill is specific to a taconite mine proposed in N. Wisconsin, but in a letter to constituents, State Sen. Jauch said, “…this entire process is a poster child for how a bill should never become law. The bill was written by a West Virginia coal company and modified to please the company. It is a sad day when this company with no roots in Wisconsin can have the power to control Wisconsin Government in an effort to weaken environmental policy, mute the public voice, and shortchange Wisconsin taxpayers.” Following passage of the bill, Jauch confided, “Senate author Tom Tiffany finally admitted the truth – that his bill would not only allow for “adverse environmental impacts” to occur during mining, but that the bill was written to protect the company in the case of an inevitable lawsuit.” Wisconsin citizens can not expect help from the state in dealing with frac sand mining companies moving in across the road from them. 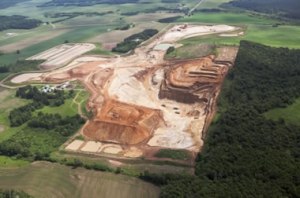 The hazards and issues of frac sand mining are here, right now, in our area. I live in my personal Wisconsin paradise, and it has come here to my home, my community in Vance Creek Township, Barron County, Wisconsin. What happens around a mine? Who is effected? What are the health hazards? What happens in a small rural community when the mines want to move in? What does democracy look like at the smallest unit of government, the township? How do townships respond when residents are faced with a mine next door.

Part two of this story will be specific to my community and answer some of these questions….. and for Pagans, how do you react to an environmental “paradise” that is being taken right before your eyes, by forces seemingly completely out of your control, in the same way massive northern forests were “harvested” 150 years ago by economic forces and the inaction of government? You may think you won’t directly encounter it, but very likely, you will.