Looking for the perfect Solstice gift for your favorite Pagan, Heathen, or Polytheist?  PNC-Minnesota’s 2011 Solstice Gift Picks with expert advice, reviews, and recommendations for the latest movies, books, and other holiday gifts and treats can help.  In part 1 film reviewer Peg Aloi’s offers her movie suggestions, we look at gifts for the foodie in our lives, music suggestions off the beaten path by Jason Pitz-Waters, and few ideas for the Eco-conscious Pagan by No Unsacred Place bloggers  John Beckett and Eli Effinger-Weintraub.

Be sure to check out the section on sales and special gifts offered at local Pagan stores.  When possible, support your community by buying local or buying direct from the artist.  Tomorrow we’ll get book suggestions from Elysia Gallo of Llewellyn, stunning art and jewelry picks, Solstice cards, kids gifts, gifts for Military Pagans, and ideas for the TechnoMages on your list.

Pure Market Express
Pure Market Express is a small business located in Chaska, Minnesota that also ships food anywhere in the USA.  They specialize in gluten free and raw vegan, breakfasts, lunches, dinners, desserts and snacks made from organic fruits, vegetables, nuts and seeds.  Even though I’m a meat eater I’ve had many of their items and they are spectacular – especially their stuffed portabella mushrooms.  Pricy, but worth it.  You can order specific items for the foodie in your life, or you can purchase a gift certificate online.

The Groovy Baker
7 pops of one flavor for $10
Amber Roth turned me onto this candy making genius and I’ve already ordered an insane number of lollipops.  Of special interest to Pagans, you can order a lolli with names like Bacchus (dried Bing cherries with a Merlot reduction) or Persephone (tart pomegranate flavor mingled with creamy, luscious vanilla  studded with dried sweetened pomegranate seeds).  Or you may opt for one of the other treats, such as the Orange blossom and Thyme sucker or the Pompeii lollipop, with honey and figs.

Jason Pitzl-Waters is mainly known for his blog The Wild Hunt and founder of PNC, but he also hosts a podcast called A Darker Shade of Pagan – which samples music outside of Pagan folk and Celtic revival.  In looking back over his musical suggestions for the past year, here are a few that the Pagan in your life would appreciate seeing tucked under the Solstice tree.

The first music selection isn’t music at all, but a book about music.  Rob Young’s “Electric Eden: Unearthing Britain’s Visionary Music,” is a wide-ranging, adventurous, and  deeply pleasing work that traces the beginnings, rise, and legacy of British folk music.  Young also makes connections between folklore, folk music, and the then-emerging Witchcraft revival. Order it through your local Pagan bookstore, or it is available through Amazon for $16.09

Tori Amos’ –  “Night of Hunters” Amos weaves myth throughout this album and relies on Robert Grave’s most controversial book (at least among Pagans), The White Goddess, as an influence.  Using his poetic mythic history in a poetic mythic album is exactly the context the work should be explored (and one Graves would no doubt approve of). In any event, “Night of Hunters” is a triumph of an album, one that should interest old fans who’ve drifted away, and attract new fans who see the connections between the mundane and the mythic.

Hungarian Pagan band The Moon and The Nightspirit. Their new album, 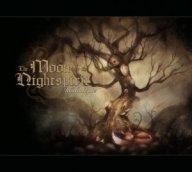 “Mohalepte,” is yet another strong entry from Agnes Toth and Mihaly Szabo, who have carved out a place for themselves in Europe’s Pagan-folk scene.  They’ve dubbed their evolving sound as “ethereal sylvan music,” an aesthetic you can hear on songs like the title track:  The Moon and the Nightspirit is a band filled with a magical, rustic energy, as evidenced by their live performances, part of a strong Pagan musical culture in Europe that has been nurtured by a vibrant festival scene. 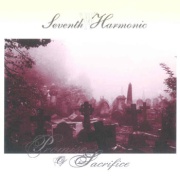 Seventh Harmonic formed back in 1999. But seeing how it has been eight years since their last full-length release, “Promise of Sacrifice,” and now features a new lead vocalist, Ann-Mari Thim of Arcana, you could convincingly argue that this is a new start for the project that  composer Caroline Jago helped co-found.  Seventh Harmonic explores different themes (“the muses, the wheel of the year, and the seasons of the heart”) which help gives the work its own agenda. Of special note is how Jago weaves in a variety of drum sounds, from martial to tribal, in order to give each track a distinctive texture.

Peg Aloi is a freelance writer, film critic and media studies scholar. Media Coordinator for The Witches’ Voice.  She is a frequent contributor to popular women’s erotica zine sssh.com, Cinefantastique Online, and the Boston Phoenix. She teaches media studies at the College of Saint Rose, and has been a consultant on a number of feature films.

American Mystic: This documentary film is a fascinating exploration of spirituality in the USA, focused on three very different people: a Wiccan priestess in California, a spiritualist who works with a community in upstate NY, and a Native American sun dancer who lives in the Southwest.  This movie was screened at the 2011 Pantheacon to rave reviews.

Vision: The Life of Hildegard von Bingen: This narrative film is based on the true story of a medieval nun, herbalist and visionary who was a maverick of feminist thought and progressive spirituality.

Marwencol: This award-winning documentary tells the story of Mark Hogancamp, a talented artist who is brutally assaulted and uses art to recover, via a painstakingly-handcrafted world peopled with dolls, an imaginary village set in World War II Belgium called “Marwencol.”

John Beckett grew up in Tennessee with the woods right outside his back door. Wandering through them gave him a sense of connection to Nature and a love for hills and trees. Since leaving home many years ago, John has lived in one suburb after another. Although he still returns to the woods whenever he can, he’s learned that you can find the sacred in suburbia — you just have to look a little deeper.  John is a Druid in the Order of Bards, Ovates and Druids and writes for PNC’s No Unsacred Place.

Dark Green Religion by Bron Taylor. A study of the relatively new religious trend toward viewing the Earth as sacred and acting accordingly. It’s suitable for theists and non-theists alike, and it’s available as an e-book as well as in hard copy.

Eli Effinger-Weintraub practices naturalistic Reclaiming-tradition hearthcraft in the Twin Cities watershed. She plants her beliefs and practices in the Earth and her butt on a bicycle saddle. She writes plays, essays, and short fiction (especially of the steampunk variety) and is attempting to wrestle a novel into submission.  Eli, like John, writes for PNC’s No Unsacred Place.

Eli’s top gift suggestion for nature loving Pagans?  Give a State parks year-round permit. Give the tree-hugging Earth worshipper in your life another way to get outside and connect with the Mama through hiking, snowshoeing, swimming, camping, ritualling, and pert near anything else you can think of.

Eye of Horus hosts a Small Business Saturday sale and has a gift for customers who spend over a certain amount.  Their top two picks for Solstice gifts are:

Sacred Paths Center joins other local Pagan shops in hosting a Small Business Saturday sale.  Their top suggestion for a gift idea is the CD Celtic Seasons of Enchantment  which includes songs for each turning of the Wheel of the Year.