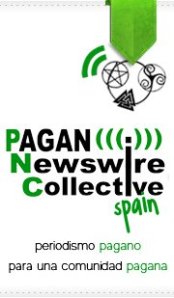 Jason Pitzl-Waters, Projects Cordinator for PNC, says “The Pagan Newswire Collective is proud to welcome its first European bureau, and hopes this  is just the beginning of bringing coverage of the international Pagan movement to our readers.”

One of their first articles is an announcement of an Iberian Goddess Conference to be held in Madrid July 7th – 10th.  The conference includes rituals to honor the patron of the conference, the goddess Iberia.  The event is the second such conference organized by the association “We call on the Goddess.”   The group sees the conference as a way to contribute to a more egalitarian society through female divinity and to revive knowledge about female deities that have existed throughout history and to share that mythos.