Drew Jacob, Rogue Priest and the former Twin Cities resident, has been on a spiritual journey that has led him to create a new project. Jacob is currently fund-raising a successful Indiegogo campaign called “Magic to the People,” to establish a magical work-site to provide free magical services to New Orleans residents and visitors. Jacob, featured previously on PNC-Minnesota for his work at the Temple of the River and then on his incredible cross-country travels on the heroic path, has found a new home in Louisiana. 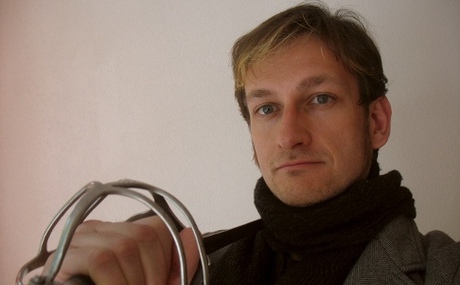 The Indiegogo campaign, which is going on right now, has already reached its initial goal of $1,100. This exciting news led Jacob to revise his plans to reach a new goal of $2,000 to create a book of magic for the fundraising backers. On top of that, if they reach $3,100, then Jacob will have a guidebook sent to backers that shows a step-by-step guide to setting up your own Magic to the People work-space.

Jacob is a hounsi (initiate) of New Orleans Vodou but not yet a Vodou priest. He is a fully initiated priest of the Irish gods holding the rank of clí in draíocht (druidic practices). He has practiced magic for 17 years, founded and ran an Irish polytheist temple for 7 years, and is now traveling as a journeyman to learn from other traditions. He blogs about his spiritual journey at http://roguepriest.net.

Jacob took a little time out of his busy campaign to speak with PNC-Minnesota:

END_OF_DOCUMENT_TOKEN_TO_BE_REPLACED

Many Pagan groups share the dream of building some type of sacred space. A temple, a community center, a permanent altar. It remains a dream because they lack the information, skills, and experience to bring it into reality. Yet other groups have accomplished what can seem, at times, impossible. They have learned how to raise funds, deal with city inspectors, and overcome challenges that stymie most groups who attempt these ambitious projects. In this series, PNC talks with groups who have successfully created their own Sacred Spaces.

In part one of our interview  Temple of the River Priest, Drew Jacob, discussed why his group decided to build a dedicated temple and how they ensured their building would be in compliance with city regulations. In part two, Mr. Jacob talked the challenges they faced and went into detail about temple construction.  Part three, we get into funding.  Mr. Jacob notes the attitudes that exist within the Pagan community about money and fundraising and gives tips on how your groups can raise the funds needed for your project.

The Sacred Spaces series continues next week with interviews from Sacred Paths Center, the only Pagan community center currently operating in the United States.