A Town Hall meeting took place to discuss the possible closure of Northern Dawn local of the Covenant of the Goddess ( NorDCOG), Saturday at Walker Church.  The  NorDCOG First Officer said the meeting helped the long established group determine what it needs to do to survive and remain viable. 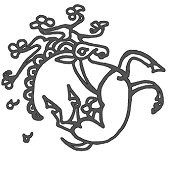 Northern Dawn Local Council of the Covenant of the Goddess  was founded in 1982 by three covens; Minnesota Church of Wicca (MnCoW), Prodea, and Rowan Tree. NorDCOG has been continually hosting public sabbats since Samhain of 1982, and has hosted the COG national gathering (Merry Meet) twice.

In the call for this town hall meeting the problem was stated as, “As a foundational and networking center we can be proud of our contribution to the success of Paganistan. But the success of the community has not been the success of Northern Dawn. With so many options for community involvement, and what may be seen as some barriers to entrance, participation in Northern Dawn’s leadership has dwindled over the years to the point that today its future is uncertain. “

The immediate cause for the meeting was the lack of participation that has become a crisis in functioning as an organization. Several board positions are unfilled, including a ritual officer, so no public rituals have been planned. Meetings have been unable to meet quorum standards, and this has prevented NorDCOG to conduct business or consider active solutions to be considered and enacted, including possible changes to the bylaws. As a local of the national organization, mandates of operation are also in place that may pose a conflict in some considered changes within the organization. END_OF_DOCUMENT_TOKEN_TO_BE_REPLACED