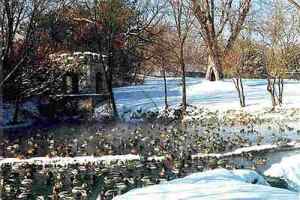 Ducks at Coldwater Spring as it was…

Two sets of appointed officials are lined up to okay a project that explicitly violates the law. The Metropolitan Council is promoting sewer replacement construction that contravenes the Coldwater protection law by threatening the flow to this 10,000 year old spring.

UPDATE: * The Minnehaha Creek Watershed District meeting to discuss & vote on the sewer project permit  was postponed to Thursday, March 26 to allow more time for the public to comment.

The Minnehaha Creek Watershed District is set to permit the project with assurances about “contingency plans” for unforeseen circumstances, “restoring” Coldwater Springs after “temporary” dewatering, and orders to monitor the spring daily during the 2-year construction project.

Take action. Ask that sewer construction be redesigned to the location of the current pipe without tearing up the north end of Minnehaha Park and threatening the flow to Coldwater Springs:

Coldwater is the last major natural spring in Hennepin County, is where the soldiers who built Fort Snelling lived (1820-23) and where a civilian pioneer community gathered to service the fort. Some consider Coldwater to be the birthplace of Minnesota. The spring furnished water to Fort Snelling 1820-1920.

THE PROJECT: Metropolitan Council Environmental Services (MCES) project 1-MN-344 Tunnel Improvement:   A sanitary sewer pipe is scheduled to be replaced at the north end of Minnehaha Park. It is an underground construction, about 45 to 50 feet below the surface, with two 18-foot diameter access shafts cut through bedrock at either end, and a 44 by 60-foot subsurface vault. Groundwater “will just flow around” these subterranean buried structures after construction planners reported at Minnehaha Creek Watershed District board meeting (1/29/15).

A replacement 1,000-foot pipe would run horizontally below Minnehaha Creek, the Hiawatha Light Rail Transit line and Highway 55 to replace a 1930s-era sanitary sewer pipe. The project is scheduled to run for two years from this summer to June of 2017.

Both groundwater and deep well dewatering is planned that is, pumping water out from above the limestone bedrock and below in the sandstone. Daily monitoring at Coldwater is called for.

Assurances by experts of “no loss of flow” from the Highway 55 reroute resulted in the permanent loss of nearly a quarter of the flow to Coldwater. MnDOT was court-ordered to monitor the spring flow for 20 months post-construction. Despite the Coldwater protection law a permanent, daily loss of flow of 27,500 gallons was reported.

Before Highway 55 reroute construction the flow to Coldwater was measured at about 130,000 gallons a day. Now the flow rate is about 84,000 gallons daily. Adding the 27,500 daily dewatering lost to Coldwater to the current flow of 84,000—there is a mystery loss of more than 18,000 gallons 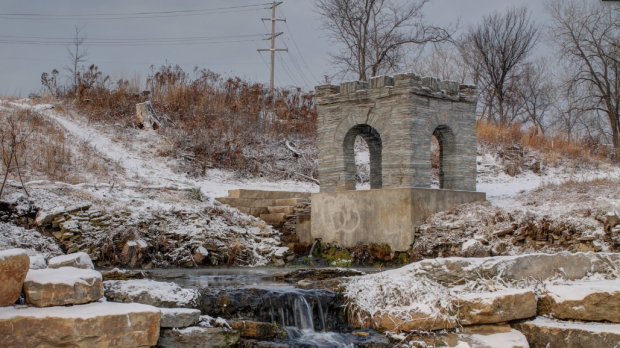 Consultants at the Minnehaha Creek Watershed District meeting admitted that the “contingency plans” are unknown, that conditions are “unforeseeable,” that an observer will be on site to come up with “reasonable solutions.”
END_OF_DOCUMENT_TOKEN_TO_BE_REPLACED 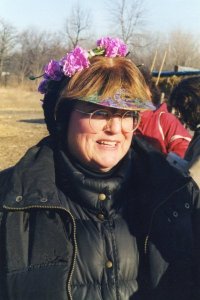 Susu Jeffrey is an elder in many spheres, and in our Pagan community. She is a visionary, writer, and poet. She is a percussionist, singer, and ritualist. A social activist and advocate for human, water, environmental, and Native American rights. Once a reporter for a major daily, she has contributed to PNC-Minnesota. This month Susu turns seventy and invites you to join her celebration!

Coldwater is between Minnehaha Park & Fort Snelling, in Mpls. From Hwy 55/Hiawatha, turn East (toward the Mississippi) at 54th Street, take an immediate right, & drive South on the frontage road for a half a mile past the parking meters, to the cul-de-sac. Dress for the outdoors.
www.FriendsofColdwater.org  … BYO Chair !

I interviewed Susu today. Many know her, but many also don’t know much about her. Susu can be maddeningly irritating, persistent, loving, and deeply profound all in the same conversation. However she makes you feel, you know she has wisdom. I usually include my questions, but with Susu just state a subject, and she will share her thoughts!

I have three degrees, five books, and thirty or forty non violence civil disobedience arrests. My first Pagan gathering was in 1979. It was a Pan Pagan gathering and it was like coming home, ya, this is what I believe. I asked my mom when a child, “What do you believe in?”, and she said, “I don’t know honey, I guess the sun”. My parents didn’t believe in a deity, you would call ‘god’, but they did believe in social justice. My father was in Congress, and I am very proud of what they both did, particularly my father. He was in Congress in 1942-44, one term, and he was one of the authors of the GI Bill of Rights. He was a poor kid, his parents were gypsies. They had no social standing at all. He put himself through school and became a lawyer who always remembered his roots. He always said, “You know honey, if you haven’t given away more money that you are allowed to on your income tax, you haven’t given away anything.” I grew up in the era of being part of a community, with the ethic of accepting obligations in being a part of a community.

END_OF_DOCUMENT_TOKEN_TO_BE_REPLACED

On the darkest night of the year, celebrate the full moon lunar eclipse—an amazing double sky event, outdoors, at the last sacred spring in Hennepin County. The eclipse, visible here, begins at 12:32 AM Tuesday morning and is full at 2:13 AM. A special permit from National Park Service has been secured for this rite. (Normally Coldwater Park is closed at sundown.) 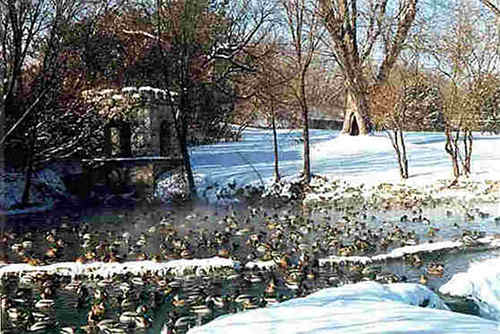